The Best of Artie Shaw on Vinyl

Artie Shaw was a legendary jazz clarinetist and bandleader.

Most of Shaw’s recordings were released on vinyl records under the Bluebird, RCA Victor, Musicraft, Brunswick, Decca, and Columbia labels.

Shaw’s music is full of energy and virtuosity and still very popular today with jazz lovers.

The album covers of Shaw’s vinyl records are often colorful and eye-catching. 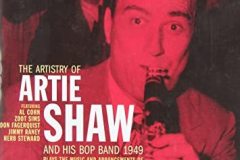 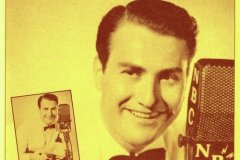 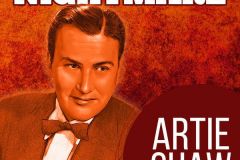 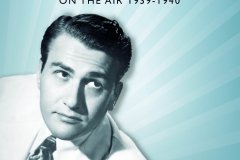 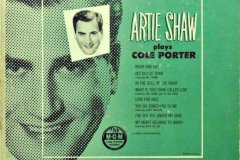 If you’re a fan of Artie Shaw, or jazz in general, then you’ll own a record player or two with an arm and a needle, capable of playing records at 33, 45, and 78 rpm.  The 78 RPM was the standard in 1910. It was typically 10- to 12-inches in diameter with 3 to 5 minutes of music per side, made of shellac, and quite fragile.  Today, a special stylus is required to play 78 rpm shellac records to prevent wearing down the groove in the record after only a few plays.

In 1948 Vinyl LP or long-playing records were introduced by Columbia Records.  Also known as 33s, these 12-inch vinyl records could hold 60 minutes of music, so an entire album could be listened to without having to switch discs.

In 1949 RCA Victor released the first 45s which were only 7″ in diameter to fit inside jukeboxes.  The 45s sounded better than shellac 78s, lasted longer, took up less space, could hold more music than the 78s, and tended to not to shatter if dropped.

The Best of Artie Shaw on Vinyl