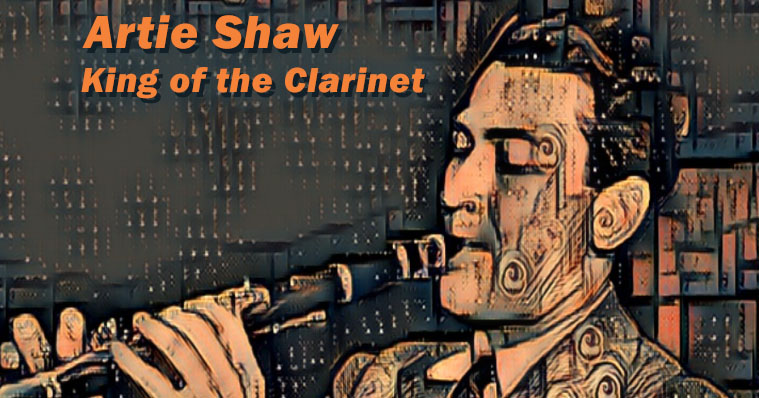 A time when clarinetists were matinee idols is difficult to imagine today. In addition to being the loss of a fine musician and an extraordinary human being, the death of Artie Shaw earlier this month at the age of 94 is a dramatic illustration of the fleetingness of fame and fashion.

In 1930s and 1940s show business, Shaw’s relationship to his fellow celebrity and hot licorice-stick player Benny Goodman could be compared, on the level of stardom if not musically, to the Rolling Stones and the Beatles in the 1960s. It was the high end of the music business. Oddly enough, one reason Shaw will be remembered is the way that he left it.

His reasons for retiring for good in 1955 can be guessed from the public letter, published in Down Beat magazine, which he wrote to Duke Ellington about the same time. He congratulated Ellington for “functioning with integrity in a field which only too often demands dishonesty, lack of dignity, and cheap compromises of every possible sort…a business bristling with ‘names’ built solely on willingness to cater to cheapness, shoddiness, and ignorance in mass tastes…a ‘racket’ ridden with every manner of vulgarity.”

Shaw walked away from $60,000 a week—the approximate salary of an NBA star in today’s money. “For the sake of my sanity,” he said, “I had to get out of the Artie Shaw business.” Calling his fans “morons,” he explained: “It was like having a gangrenous arm. I had to cut it off to survive.” He left absolutely at the top of his game. If he had to play music he did not like to make money, he would stop making music. He had never been more popular, earned more, had a better band, or played better clarinet—which he never performed in public again. The New York Times called it an “incautious burning of all his bridges.”

“Disgusted” with making music for the “lowest possible common denominator,” he moved to Spain. Having already written his autobiography, The Trouble With Cinderella, he published two collections of stories, including I Love You, I Hate You, Drop Dead. He spent much of the last quarter of the 20th century working on The Education of Albie Snow, an ever-expanding unpublished novel based on his life as a musician. According to his friend, the lyricist and writer Gene Lees: “Artie Shaw gave up being one of the most brilliant musicians ever to become a second-rate writer.”

Which is one way of looking at it. Another is that a successful person renouncing money and power in favor of the intellect is admirable. He just wanted out of a system that had nothing to do with any reality he was interested in—as though he was the one sane man in the asylum. Shaw always admitted to being compulsive. What with back taxes to pay, and miscellaneous temptations along the way, there had been earlier attempts at a breakout. The first came in 1939, just after his recording of “Begin The Beguine” topped the charts for six weeks. Having trouble handling the fame, he disappeared into Mexico, later explaining: “I wanted to retire from the planet, not just music.”

Coming back in 1940, he had a hit with “Frenesi,” a Mexican song he had grown to love down there. The next year, he had a bigger hit, “Stardust,” which—with his fat-toned and lucid clarinet, and Jack Jenney’s classic trombone solo—remains a high spot in the history of the Broadway song form. He hired Billie Holiday, Roy “Little Jazz” Eldridge, Oran “Hot Lips” Page, Hank Jones, and Tommy Potter; pioneering (along with Goodman) the desegregation of big bands. He also hired Mel Torme, Billy Butterfield, Max Kaminsky, Johnny Guarnieri (on harpsichord), Barney Kessel, Dodo Marmarosa, and Buddy Rich (“he played like the Czechoslovakian army”).

“His combination of success, intelligence, good looks (he resisted Hollywood offers on principle), and good music led to an A-list love life. Although he pointed out that most of them were just “glorified affairs,” necessary because of the moral code of the day, being married eight times became a part of Shaw’s mystique. He married, among others, the actresses Lana Turner (for whom he broke off an affair with Betty Grable: “My college education,” Turner called him), Ava Gardner (“her beauty ruled her,” he said), and Evelyn Keyes; and the novelist (Forever Amber) Kathleen Winsor (they had made plans to write together).

Being, after all, in the “Artie Shaw business,” Artie Shaw once told Benny Goodman: “You play clarinet. I play music.” Their competitive relationship was worthy of a Western. The music business was just not big enough for the two of them. They were too much alike—Goodman engaged Charlie Christian and Lionel Hampton; Shaw signed-up Holiday and Eldridge. Born a year apart, both of them were from Jewish immigrant parents (Shaw was born Arthur Jacob Arshawky), they played the same instrument, each was one of the best soloists in his band, each also played classical music, and they were both pop idols. Eventually, one or the other had to ride out of town. Most musicians preferred Shaw, who was smarter, hipper, more adventurous, and just plain nicer. (Ironically enough, Goodman’s music seems to be wearing better.) Ellington’s clarinetist Barney Bigard called Shaw “simply the best.” “Being a household name,” Shaw complained in his autobiography, was “a full-time job.”

When I interviewed him almost exactly ten years ago, Shaw was living a secluded, incognito life in a northern suburb of Los Angeles, the name of which he made me promise not to print. “I’m an old curmudgeon,” he explained. “A recluse. I don’t know a soul in the neighborhood. People leave me alone. Word is out that I’m a shooter.” (He had won marksman’s medals.) People who came up to him saying: “Oh, I really loved “Begin The Beguine” made him “want to vomit.”

At the time—he was 84—he was periodically publishing what were more like edicts than interviews about the state of jazz and the world, both of which he saw clearly if eccentrically. Mostly, he was still content to spend his days investigating the possibilities of language. He had recently discovered the Talmudic word “mazik,” which combines music and magic. He continued to write because he enjoyed the solitude as much as the doing of it. Mornings, he could not wait to get up and see what the day would hold, and to rewrite his most recent pages.

Mike Zwerin was a jazz and rock critic for the International Herald Tribune. He wrote a book called “Parisian Jazz Affair” for Yale University Press and he was the jazz editor of Culturekiosque.com. Zwerin lived in France for almost 40 years, and was promoted from ‘Chevalier de l’Ordre des Arts et des Lettres’ to ‘Officier de l’Ordre des Arts et des Lettres” by the French Minister of Culture.